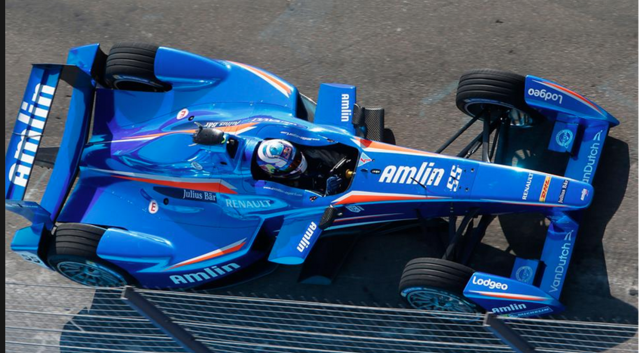 The Amlin Aguri / VanDutch Yacht driver kept clear of trouble and slowly made his way into the lead as his rivals fell by the wayside. Both polesitter Sebastien Buemi and championship leader Lucas di Grassi retired with suspension failures at the fast Turn 8 and 9 chicane.

Venturi’s Nick Heidfeld looked favourite to win in the closing stages but a drive-through penalty for speeding in the pitlane scuppered his chances.

Da Costa, who missed the opening round in Beijing, progressed up the field from eighth on the grid to collect the full 25 points.

Prost managed to steer clear of the battle between Daniel Abt and Jaime Alguersuari in the closing stages, an over-optimistic move by the Audi Sport ABT driver sent the Spaniard into a spin. Abt was out on the spot, but Alguersuari managed to limp his car home in fourth.

Piquet picked up his second consecutive podium despite being held behind the red light and losing a lap in the pitlane during the safety car period.

The Qualcomm Safety Car was deployed after Mahindra Racing’s Karun Chandhok also fell victim to broken rear suspension at the Turn 8 and 9 chicane. Piquet wasn’t the only driver to be effected by the confusion as a number of drivers had to pass the safety car to unlap themselves.

Virgin Racing’s Sam Bird was part of the lead group but he picked up a drive-through penalty for ignoring the pit exit lights.

Bruno Senna, who was one of the FanBoost winners, finished fifth ahead of a feisty Jean-Eric Vergne who damaged his nosecone in the fight for the final podium spot. 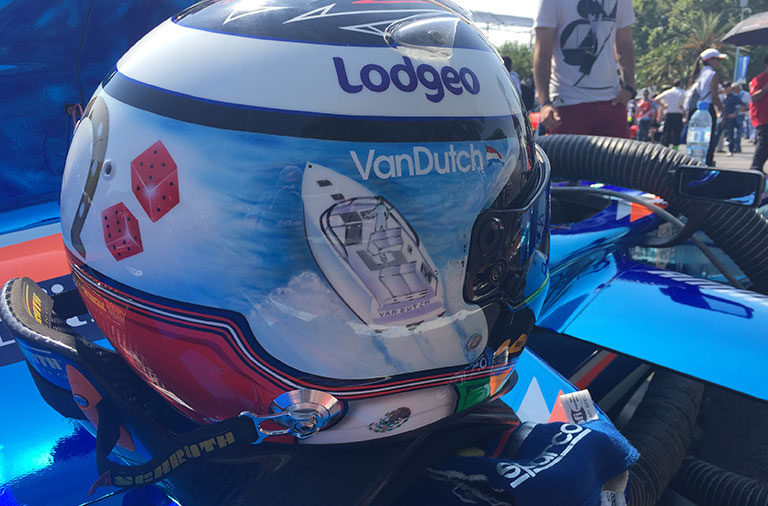 Before the race all the drivers, teams and the Formula E Championship together with the City of Buenos Aires, Argentinean authorities and the FIA President Jean Todt gathered on the grid for a minute silence to pay respect to the victims of the dramatic terrorist attack which happened in Paris earlier this week.

The race attracted a sell-out crowd of around 20,000 who also witnessed the first round of the Formula E School Series, which was won by Lucas Gambante representing the Antonio Bermejo school.