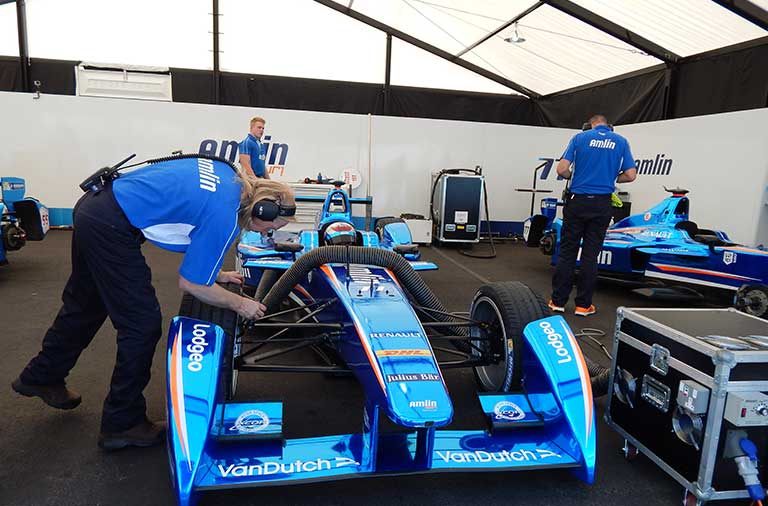 NTK Marine, exclusive representative of Yachts VanDutch is proud to announce that VanDutch yacht will be the sponsor of Salvador Duran, for the Formula E will be on Saturday, January 10, 2015

VanDutch E Sponsor of Salvador Duran at Formula E will be at :

Destination Guide with VanDutch Yacht and NTK Marine :
Famous for its tango, football and black coffee, Buenos Aires is the largest and the capital city of Argentina located on the east coast of South America. Its architecture, culture and international vibe give the city a strikingly European feel, earning it the nickname ‘the Paris of South America’. The city is divided into many districts: La Boca, La Recoleta, Puerto Madero, Palermo y el Centro and the oldest San Telmo, each with its own cultural and each deserving a visit (if you can!). Whether you’re looking for designer fashion, exquisite cuisine or nightlife that doesn’t stop, this vibrant metropolis leaves little room for disappointment.

Circuit Guide :
The Buenos Aires Formula E race, or ePrix, takes place on January 10 2015 and forms the fourth of 10 races for the inaugural 2014/2015 season. At 2.44km in length and featuring 12 turns, the circuit is located in the popular and modern Puerto Madero district to the east of the Argentine capital of Buenos Aires. It has been designed by Santiago Garcia Remohi and features 12 turns including a mix of high-speed corners, chicanes and hairpins. The ePrix has been warmly welcomed by Mayor Mauricio Macri along with the City Government, local authorities and the ACA. The race is one of two in South America along with Punta del Este in Uruguay (Round Three) on December 13 2014.

Driver’s guide :
Bruno Senna, Mahindra Racing:
“Looking at the track, you have to say it’s got a good combination of corners. There’s a chicane, some high-speed turns with a change of direction and slow-speed as well. It’s impossible to tell from the map about undulation, but I think that it could make for an interesting race and it will be fun to drive. I think the main overtaking point will be into Turn 1 under braking, or maybe into T4 or even T5. T7 is a possible passing point too, so it does lend itself to some potential overtakes, but we’ll have to see when we get there.”